fSeth Brady Tucker’s second book, (We Deserve the Gods We Ask For) won the Gival Press Poetry Award and went on to win the Eric Hoffer Book Award. His first book, (Mormon Boy) won the 2011 Elixir Press Editor’s Poetry Prize, and was a finalist for the Colorado Book Award. He has won a number of individual writing awards including the Shenandoah Bevel Summers Fiction Prize and the Literal Latte Short Fiction Award. among others. His recent work appears in such magazines and journals as Copper Nickel, Los Angeles Review, Driftwood, Iowa Review, December, Pleiades, Shenandoah, PoetryNorthwest,Chattahoochee Review, and many others.
In 2013, alongside the novelst Matt Bondurant and educator Jonathan D'Avignon, he founded (and is currently executive director of) the Longleaf Writers' Conference, which takes place every May in Seaside, Florida. Seth has served as the Carol Houck Smith Scholar at Bread Loaf, and the Tennessee Williams Scholar at Sewanee, and has degrees in English Literature and Creative Writing from San Francisco State University, Northern Arizona University, and top-ranked Florida State University (PhD, 2012). Currently, Seth is writing a novel, and his first short fiction collection was recently a finalist for the Flannery O’Connor Award. Both are represented by Alex Glass at Glass Literary Management, New York. Seth teaches poetry and fiction workshops at the Light House Writer’s Workshop in Denver as well as the Colorado School of Mines near Denver where he is an associate teaching professor. He is originally from Wyoming, and once served as an Army 82nd Airborne Division paratrooper in Iraq.

Seth Brady Tucker is executive director of the Longleaf Writers’ Conference and he teaches creative writing at the Lighthouse Writers' Workshop and at the Colorado School of Mines near Denver. He is  senior prose editor for the Tupelo Quarterly Review, is originally from Wyoming, and once served as an Army Paratrooper with the 82ndAirborne in Iraq. He is a multi-genre writer and his work recently appeared in the Los Angeles Review, Driftwood, Copper Nickel, Birmingham Poetry Review, and others. 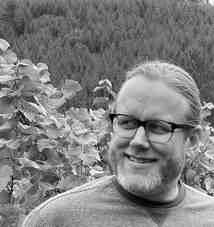 I am represented by Alex Glass at Glass Literary Management, NY.